Ethiopia and the Mediterranean World in Late Antiquity:
The Garima Gospels in Context

The Ethiopian monastery of Abuna Garima preserves two ancient Gospel books that local Christians still venerate as sacred relics. Previously dated to the turn of the first millennium, they have recently been securely assigned to the late 5th-early 7th centuries by radiocarbon analysis. This dating applied to both their illustrations and their text, and puts them among the very earliest extant manuscripts illustrated with Christian images.

Garima 1 contains a complete cycle of ten decorated pages comparable to those in the famous Rabbula Codex of AD 586. The illustrations of Garima 2 have affinities with Coptic painting and may provide the only testimony of Coptic canon table decoration. This volume also contain evangelist portraits. Their metal covers are ancient; one may well be contemporary to the manuscript itself and thus figure amongst the oldest known book bindings.

The two Garima Gospels contains 400 pages of text each, which makes them unique testimonies of the Aksumite Ethiopic language, until now only attested by a few inscriptions on coins or stelae. The texts of the two books are quite different from each other, showing that the translation on which they are based had already been revised at the time of their copying. Thus, their early date suggests that the Ethiopian Gospel translation may be older than commonly believed. Their texts deserve extensive analysis, which should extend beyond the Ethiopic and Greek versions of the Bible.

The aim of the Oxford conference, to which attendance is free, is, firstly, to make the Garima Gospels better known to scholars working on Late Antiquity and, secondly, to stimulate the study of the two manuscripts in a broad perspective.

Back to completed projects
Please click the photos below to enlarge. 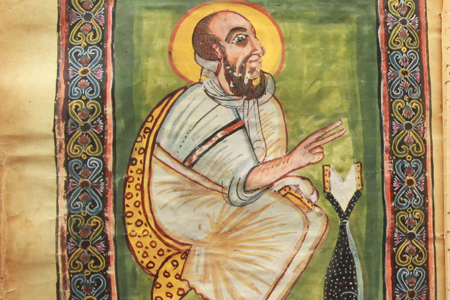 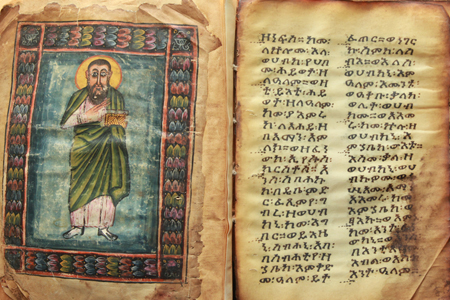 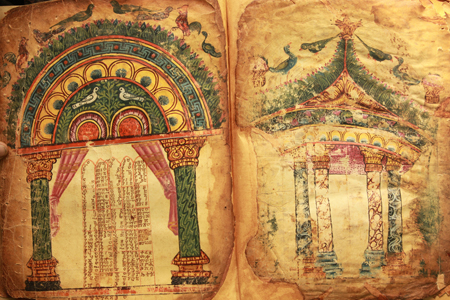 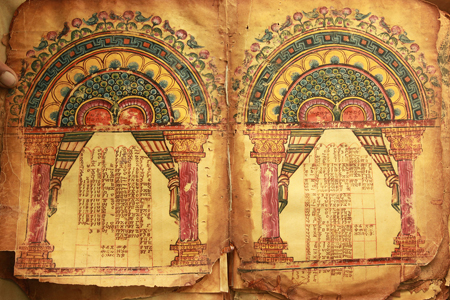 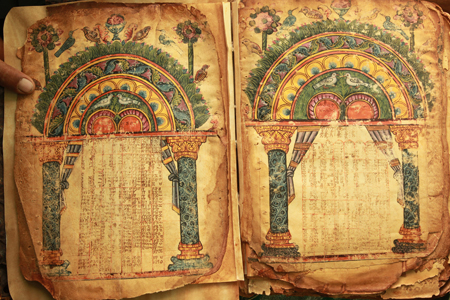 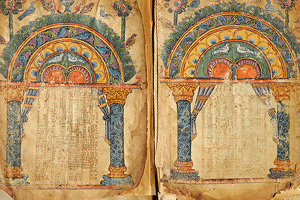