Many of the larger churches in Ethiopia had large parchment fans. These were used in ceremonial processions and were elaborately decorated.  There are very few still in existence in Ethiopia. Two of these were in urgent need of conservation.

Abuna Abreham, Debre Tsion
‍Made in the C15th, this liturgical fan is one of the few remaining that can still be opened into a roundel. There are 34 panels depicting the saints and the virgin Mary. The fan is large, about 1 metre in diameter and attached to the original wooden batons. Visitors can pay for the fan to be opened which has put a huge strain on the joints and joins. In 2009, Lester Capon undertook a remedial conservation to repair the splits in the parchment. We are hoping that the fan will be put on permanent display in the small museum at the church so as to reduce wear and tear.

Mikael Debre Salem
The fragments of this C15th fan at Debre Salem were kept by the priests for many years. In 2009, Lester Capon went Debre Salem to conserve these pieces. There are 23 panels remaining which depict the saints. Lester mounted these on parchment and created folds to mimic those that would have existed when the fan was in use.

BACK TO COMPLETED PROJECTS 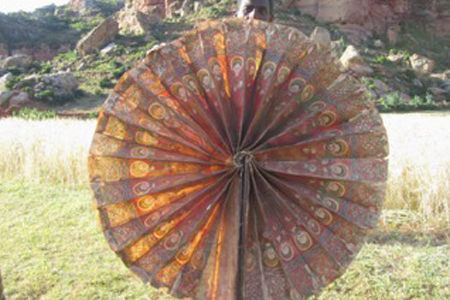 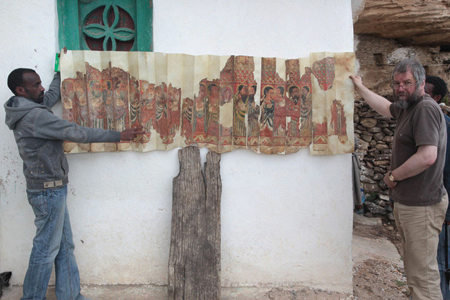 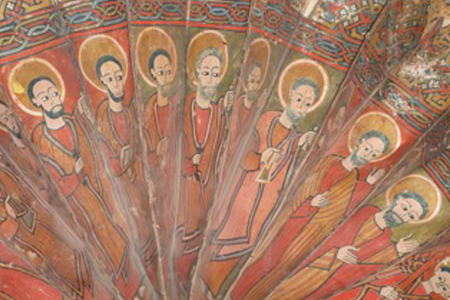