Yemrehanna Kristos church and its adjacent Palace are two of Ethiopia’s most important ancient buildings. Dramatically located in a mountain cave in the vicinity of Lalibela, both are intimately connected with Yemrehanna Kristos, one of Ethiopia’s most famous saint-kings. The church is highly regarded for its Axumite-inspired building techniques, its sophisticated internal decoration, and for a wall painting scheme of exceptional rarity and importance. The Palace is the only free-standing secular medieval building to survive in the Axumite style in Ethiopia. Suggested dates of both buildings range from the 10th to 13th centuries CE.

The Yemrehanna Kristos project was a collaborative undertaking, jointly implemented by the Authority for Research and Conservation of Cultural Heritage (ARCCH) and the World Monuments Fund (WMF), with a grant from the US State Department Ambassadors Fund for Cultural Preservation (AFCP). In 2016, laser scanning of the structures was completed by the Zamani Project (University of Cape Town), and structural investigations were carried out by Studio Croce (Rome). The Ethiopian Heritage Fund coordinated investigations of the paintings and decoration in the church, which were implemented by its appointed conservators Lisa Shekede and Stephen Rickerby. The paintings are technically sophisticated and now exist in a stable but fragile condition. A crucial determination was that interventions such as cleaning now risk causing them irreparable damage. Findings establish an important benchmark for ensuring the future safety of Yemrehanna Kristos’s unique wall paintings.

In May 2017, EHF’s conservators returned to Yemrehanna Kristos, accompanied by ARCCH representative, Abel Assefa, to study the Palace plasterwork. This feature has long been neglected. Closely related to the decorative finishing of the church, it is key to a fuller understanding of the architectural development of both buildings. Technically, the plaster demonstrates a refined understanding of gypsum setting processes on the part of the original craftsmen. Marking the first use of scientific dating methods, radiocarbon dating indicated a significantly earlier construction period for the Palace than normally assumed, with the most likely date-range given as AD 1017 +/- 24. This has far-reaching implications for reconsidering dating of the church. In other exciting developments, identification of the wood used in the Palace as a type of cedar demonstrates a connection with building accounts contained in the Gädl (or Life) of Yemrehanna Kristos. All but ignored until this investigation is the figurative painting on the exterior plaster, which can almost certainly now be associated with a manuscript illustration in a 17th-century version of the Gädl, which is still kept at the church.

For further details and recommendations see the below:
The palace: plasterwork
The church: painting and decoration

The palace: plasterwork
A conservation programme is recommended that would prioritise stabilisation of extensive areas of damaged, cracked and separated plasterwork, both inside and outside the palace. Aspects and components of this programme would include:

• remedial treatment: including extensive injection grouting and repairs using gypsum-based materials, compatible with those that constitute the original plasters;

• preventive components: additional measures to modify usage of the palace, to eliminate events and circumstances that risk causing damage to the plasters.

The church: painting and decoration
The investigations carried out in April 2016 highlighted a number of issues, and principal conclusions and recommendations may be summarised as follows:

• painting: the wall painting scheme survives in a delicate state of preservation. Although no visible deterioration is detectable in recent years, its condition is extremely fragile. The scheme has been compromised by modern interventions, including cleaning attempts. In this context, renewed calls for cleaning present potential risks to the safety of the painting that can be judged too high. Aspects of painting technology and condition, and interactions between the painting, its added materials and the environment, remain poorly understood, and long-term conservation aims would be served by further investigation in these areas;

• decoration: a number of factors indicate that the risks and issues involved in attempting to clean the decoration are complex and difficult. These factors include: the diverse materials and techniques employed in the decoration, and their altered states; the use of expensive pigments that are nevertheless applied in a rudimentary manner, making them easily vulnerable to damage; and highly differential effects of dirt accumulation and staining that would make achieving heterogeneous and safe results extremely difficult.

• plasterwork: the plasterwork applied over the stonework construction, both inside and outside the church, and on the internal arches, should be considered an integral part of the church’s decorative programme. This plasterwork is prone to failure and separation, and much damage and loss have occurred as a result of physical contact and past structural movement. Principal remedial recommendations are that a conservation programme should prioritise the stabilisation of these extensive areas of damaged and vulnerable original plasterwork.

The future safety of the wall painting scheme is a paramount concern, and it is important to define and list the reasons for not recommending cleaning:

• numerous chemical and physical changes have left the wall painting scheme in such a weakened and susceptible condition that cleaning presents a number of serious risks to its safety;

• insufficient knowledge in understanding of the painting’s condition and technology, which means that recent cleaning proposals do not have a safe and valid basis for their implementation;

• respect for existing condition: the wall painting scheme is one of the most important to survive in Ethiopia. Although compromised by some recent interventions, its integrity remains largely undisturbed. This is very rare. Cleaning would irrevocably alter this status quo, and would probably also lead to treatment escalation (eg, restoration of losses). Respect for the painting’s existing condition should be the highest priority;

• ongoing dirt deposition is largely uncontrollable, with deposition occurring at an alarming rate. Cleaning proposals in this context are not therefore viable, with the likelihood that re-cleaning would be required, heightening risks of causing damage to the fragile painting.

Instead of cleaning, the main conservation priorities for the wall painting scheme are:

• environmental concerns: the potential adverse effects of environmental fluctuations on the painting have not been established, and this remains an area of concern;

• mitigation of dirt accumulation: although ongoing dirt accumulation is probably largely uncontrollable, as a major problem that continues to affect the painting, this merits further investigation with a view to defining possible amelioration measures. 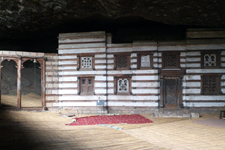 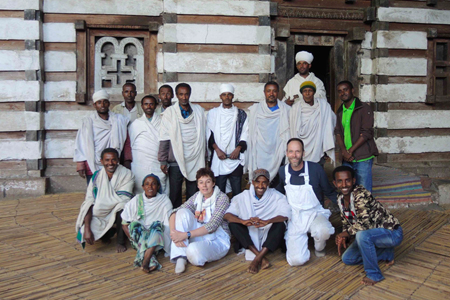 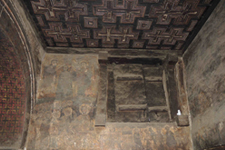 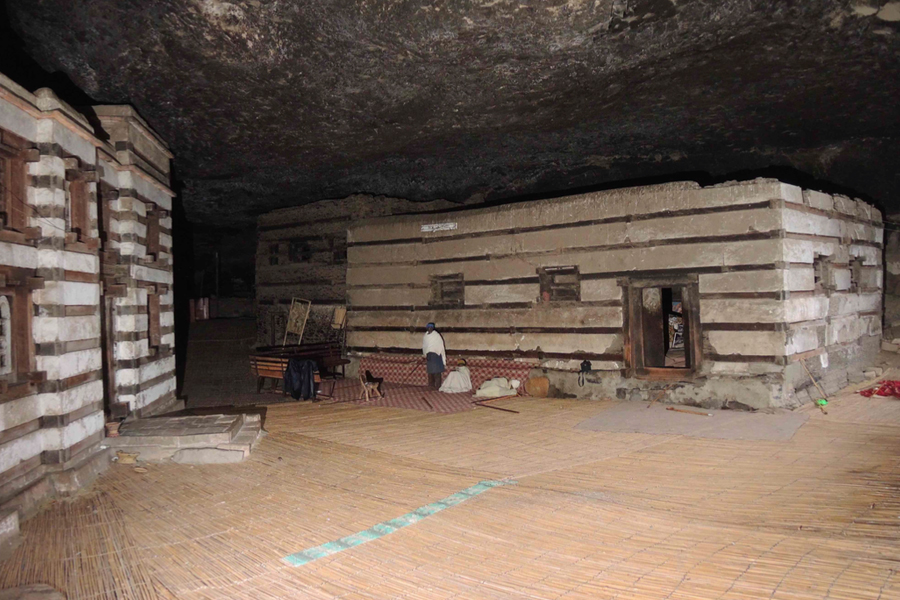 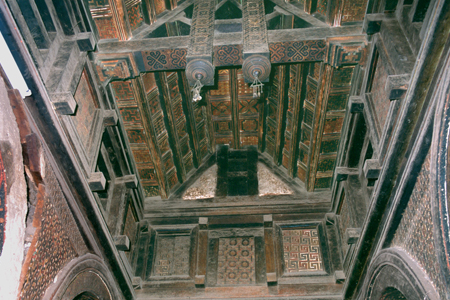 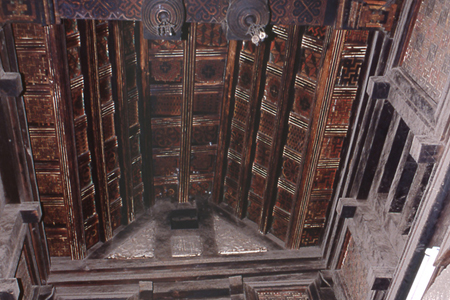 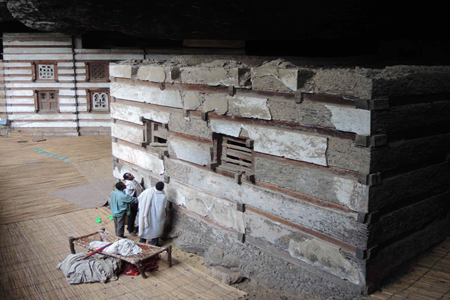 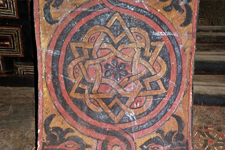 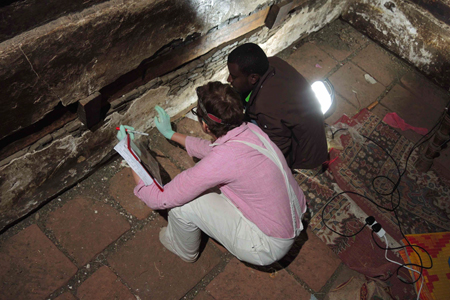