In May 2012, Colin Bowles, an expert in wood conservation, went to the wonderful church of Mikael Amba. Dedicated to the Archangel Michael, this important site is hewn from the rock on a 2500 meter Amba – a rocky outcrop. Through the Ministry of Culture and Tourism, we were able to employ Tsegay a local carver as an assistant – an important step to involving Ethiopians in conservation. They worked together to conserve the church’s 11th century wooden rood screen. The screen was originally one of the three barriers that sparate the sanctuaries from the main part of the church. One screen is in good repair, a second is stored in pieces and the third was falling apart. The joints had expanded and the pillars of the screen had rotted in the ground putting the whole edifice under considerable strain.

What has been done:
The panels of the third screen and their footings were lifted out and the joints cleaned out. The rotten footings were then placed in metal shoes, which had been made in London from measurements made on a previous trip. These were then embedded in the floor. The screen is now stabilized and stands straight and strong through reversible repairs.  Colin sent Tsegay a number of hand tools so that he could undertake some conservation work on a beautiful 11th century door that was coming adrift from its hinges.

Work to be done: 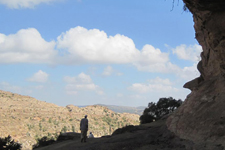 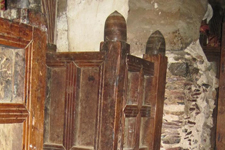 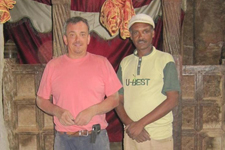 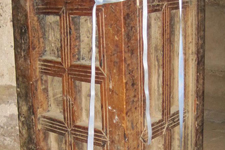 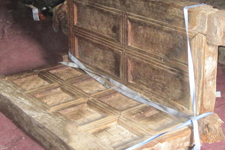 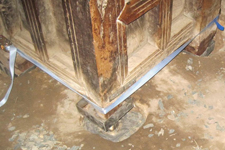 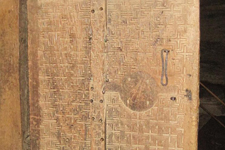