In October 2011, Mark Winstanley and Julian Pendlebury of the Wyvern Bindery travelled to the remote monastery at Asir Metra to conserve a 15th century Gospel which contains beautiful illustrations in the Stephanite style. The book was in a sad state of repair; worse than initially anticipated with several of the leaves having become loose. Having reviewed the task, it became apparent that the order of the leaves in the book needed to be confirmed before a full repair could be undertaken.

In 2015 Julian Pendlebury and Mike Wheeler returned to Asir Metra and having now got the correct ordering of the pages, were able to re-bind the Gospel. As they were able to sleep and work in the monastery workshop, they were able to complete the task in the 2 weeks they spent there. An amazing achievement.

What has been done
The binders made a vellum box to protect the book until we return to finish the project. Having photographed all the pages the Ethiopic reading group from Oxford were able to ascertain their order.

In March 2015 Julian Pendlebury returned with paper conservator Michael Wheeler. The book is now fully restored and returned to the Monastery.

Back to completed projects
Please click the photos below to enlarge. 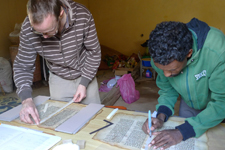 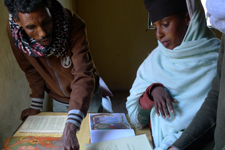 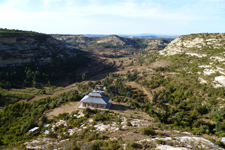 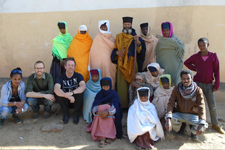 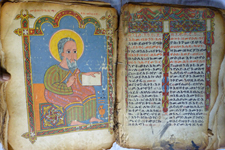 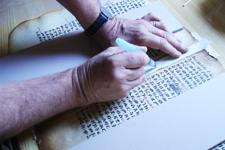 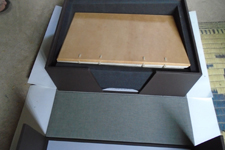 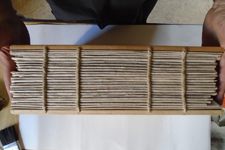