Ara-Ero is a small constructed church up near the Eritrean border about 20 km from Adigrat. The church, which has been superseded by a new one, is sited above the village and has wonderfully colourful 17th century wall paintings showing influences of European catholic art. Its iconography includes David with his harp, the Virgin and Child flanked by angels, St George slaying the Dragon and a number of other religious figures. The paintings are executed on plaster. The old church has lost its roof recently and the wall paintings were exposed to the elements with only a few pieces of corrugated zinc to keep off the rain. In September 2014 Lisa and Stephen and their team were able with the help of some villagers to fix a double layer plastic covering over the painting to reduce water penetration. That same year samples were taken of original earthen plaster and local source materials to determine compatible repair materials.

Environmental exposure and damage have led to separation and loss of plaster leaving the paintings in a perilous condition. No conservation could be undertaken until the appropriate repair materials had been determined. Having completed that analysis from the samples selected in 2014, Lisa and Stephen commenced with the stabilisation programe. Most of the work was concentrated on the upper edge of the east wall where the painting is most at risk. Concerns remain over the long-term flaking/powdering of the paintings. These areas are being monitored to asses the rate of loss. Plans for a new permanent roof and a review of the efficiency of the 2015 treatment will be carried out later this year. 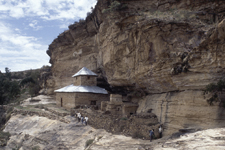 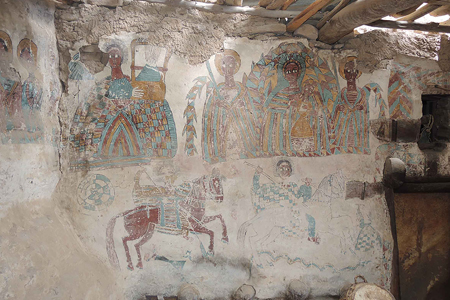 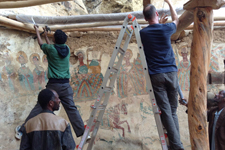 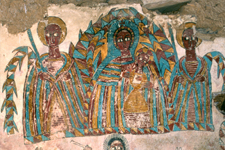