The magical site of Qorqor with breathtaking views high above the plains of Geralta has a rock cut church, Debram Maryam and a small cave dedicated to Abuna Daniel. Getting to the cave involves walking along a ledge with a serious drop to the valley below before entering through a small single doorway. The complex comprises two chambers linked by a narrow passage. The main chamber is roughly 5m square in dimension and the entire interior is painted. The paintings are dated 14th/ 15th century. A number of features indicate that manuscript models were followed, the static figure poses and the flat abstraction of the drapery folds resemble a late 14th century illuminated gospel now in the Metropolitan Museum of Art. Painted on the walls are archangels, the four evangelists, martyr-saints and Old and New Testament figures. Since 2014 Lisa Shekede and Steven Rickerby, mural conservation experts, have been returning to Daniel Qorqor on intensive field work campaigns.

Both the thin gypsum which carries the painting, and the sandstone rock on which the plaster is applied, were dangerously separating and large areas of painting had already collapsed and been lost. Following intensive preliminary investigations and diagnosis of the main deterioration issues, a major program of stabilization was carried out in 2016.

Injection-grouting is the preferred option in current conservation practice for treating problems of rock and plaster separation. It re-establishes adhesion between the separated layers of a wall painting by introducing an adhesive material with bulking properties. At Abuna Daniel, a gypsum-based grout was specifically developed, with properties compatible with the nature of the original plaster. A micro-grout was also developed for re-adhering very narrow, but still endangering, separation gaps between the plaster and the rock, and for strengthening exposed and vulnerable plaster edges. Reverence for paintings is often accompanied by a highly developed protective sense, and a reluctance to allow any form of physical interference. Even remedial efforts directed at essential stabilisation – such as new repairs – require careful consideration of their potential impact. At Abuna Daniel, great care is being taken to make new repairs as unobtrusive as possible. The conservation works were inspected and approved by members of the church committee. 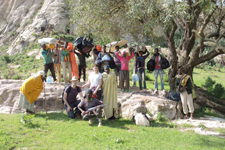 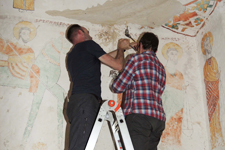 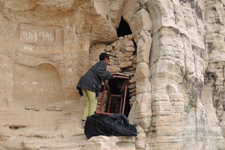 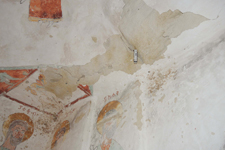 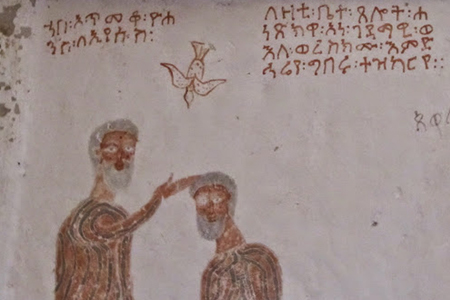 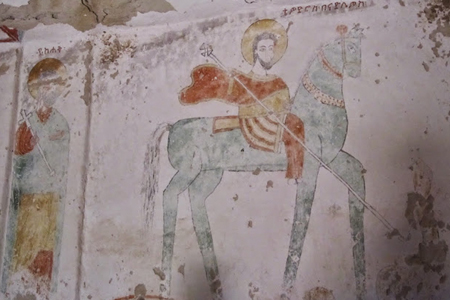 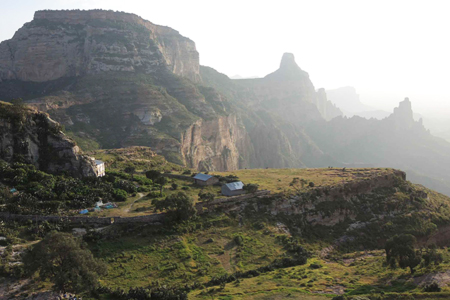 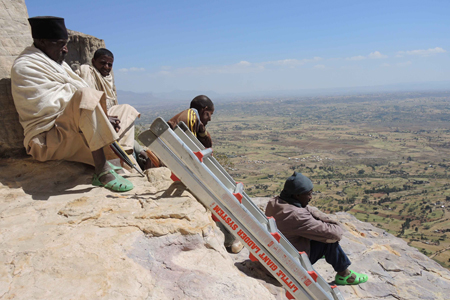 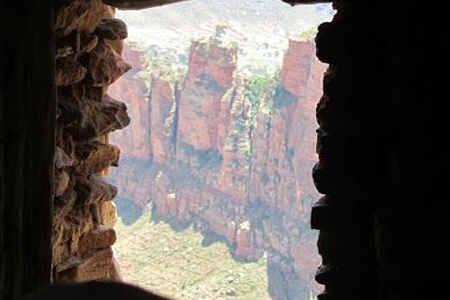